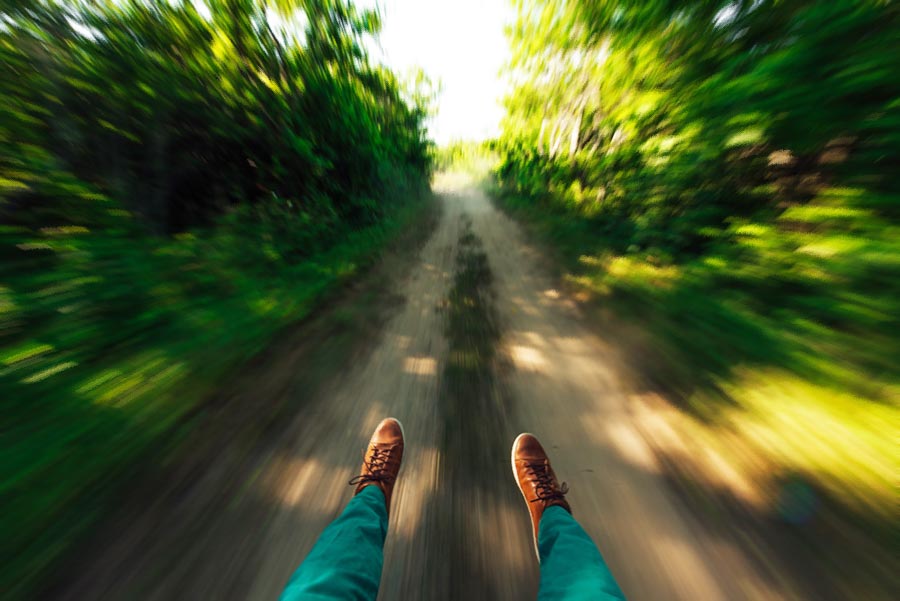 Needless to say, slow-motion video is getting cooler than ever. It’s certainly inspiring to pause the world and see all the intricate details that our eyes often miss.  Recently I was looking for a cheap and good solution for some slow-motion shots I had in mind. I went through quite a few of them and tested most of them.

Contrary to the common belief, you don’t have to spend thousands of dollars to enjoy this technology. In this article, we’ll take a look at the best cheap high-speed video cameras in 2020. Let’s see!

How does every camera perform? How many frames can it shoot? And what about the quality? These are some of the questions that I’ll answer in each of the following reviews.

Panasonic released the GH5S as the video-centered alternative of the GH5. It’s capable of shooting slow-motion videos with up to 240 fps at 1080p Full HD resolution.

You can ramp up the quality to DCI 4K with 60 fps, which makes it a valuable option for aspiring cinematographers. You’ll also find the quality satisfyingly crisp with its 4:2:2 10-bit capability.

If you want to go a bit lower with the price, you can opt for the original GH5. But you’ll be capped at a maximum of 180 fps.

Overall, the reviews came out positive about both models. However, some users were a bit annoyed with how both cameras crop your frames more than the usual, especially when you approach the higher fps. It’s true that this effect can indeed be seen in most of the high-speed cameras, but the GH5S seems to struggle with it the most.

If you want a high-speed camera to showcase your backflips and skating skills, you should definitely opt for an action camera rather than a cinematic one. And surely, whenever action cameras are mentioned, GoPro is the first to pop in mind.

The GoPro HERO8 is one of the best selling models sold by that giant. It’s generally intended for recreational vloggers, pro filmmakers, and aspiring creators. I owned few models of GoPro, beginning from the GoPro 2 and right now I own Generation 8 and it is truly amazing in what it can do and how it performs.

With its TimeWarp 2.0 technology, you can shift between slow-motion and real-time modes by a simple tap on the touch screen. This technology will automatically adjust the lighting and the speed to let you focus on your shot. The highest setting it can shoot with is 240 fps, which is super awesome when you consider its affordable cost.

Although HERO8 is advertised with a 4K UHD 2160p capability, its videos aren’t always that crisp. However, the HyperSmooth stabilization compensates for this fact when you’re shooting on the go.

I wanted to give another recommendation in this category since its results look the coolest.

This time, we’re looking at one of Sony’s marvels. It can only reach 120 fps, which is a bit lower than the HERO8’s maximum potential. But it’s 1080p resolution was praised by many online users for being clearer and richer.

To deliver the best value, Sony sends a free waterproof housing that you can use to capture your adventures underwater. This can withstand a depth of up to 197 feet without letting a single droplet inside. But unfortunately, this housing might start fogging considerably with continuous use.

Combining high resolution and soaring frame rates with an affordable budget is definitely a challenging task. But Blackmagic did a pretty good job with their Pocket 6K camera. It’s capable of shooting with 120 fps at 2.8K ProRes. But just like the GH5S, this comes with pretty extensive cropping. With a factor of 3.388x, it’ll be hard to shoot anything wide.

When you turn the frame rate down, the true camera potential will unfold. It can shoot 6K with 50fps, 5.7K with 60fps, 4K DCI with 60fps, and UHD with 60fps. Best of all, its internal sensor manages to keep the noise minimal with all the previous modes.

Even though it’s nearly the most expensive camera on my list, I think it’ll be a nice investment for folks looking for something with enough versatility.

Just remember that you will need a computer able to handle and process the size and quality of the files. An extra hard drives would be advisable too.

Things to Consider While Looking for a High-Speed Camera

Is this your first time buying a high-speed camera? If yes, you might be feeling lost between the dozens of the available brands and models. To make things clearer, I’ll discuss the top things you need to know before you go shopping.

Obviously, the first attribute you need to consider is the frame rates you need to capture your videos. Elaborate high-speed cameras usually start from 1000 fps to 10,000 fps. But if you’re restricted on budget, you probably won’t find anything higher than 240 fps. There is one camera that goes beyond 240 fps, it actually can go up to 960 fps. It’s the Sony RX100 series (right now it’s the VII generation) but the quality drops considerably, that’s why I did not include it in this list. If you really have to have slow-motion beyond 240 fps and you don’t mind the video looking like it came out of a cell-phone from a decade ago, then go ahead. But I would strongly advise on one of the cameras on the list or if you have the budget, renting something like Phantom Flex or similar.

If you’re unsure about these numbers, you can always head to Youtube. You’ll find dozens of samples captured at the frame rate you specify. If you’re lucky, you can even find tests for the actual camera you’re considering. This is always preferred to give you an idea about the noise, crop factor, color richness, etc.

Think About the Bit Depth

Bit depth is the second most important factor that determines the final video quality after the camera resolution.

Commercial cameras range between 8-bit, 10-bit, and 12-bit. The higher you go, the more information and color your camera will pick. But surely, this will lead to much bigger file sizes, which would directly affect the camera’s recording time.

Deciding on the depth depends on your needs. If you’re a vlogger, going for an 8-bit camera is ideal for longer recording times. Studio directors will need the vast potential of the 12-bit cameras to correctly deliver their concepts to the world.

As it turns out, you can enjoy a pretty good slow-motion experience without going crazy on your budget.

The Panasonic Lumix GH5S is the current best cheap high-speed video camera. It balances well between quality and frame speed while staying inside the affordable category. If you want something that can shoot on-the-go, you should love the GoPro HERO8. With up to 240 fps, it provides excellent value for the money.